The historic siteof Počitelj is located on the left bank of the river Neretva. The walled town of Počiteljevolved in the period from the 16th to the 18th centuries. Architecturally, the stone-constructed parts of the town are a fortified complex, in which two stages of evolution are evident: medieval, and Ottoman.

When we mention Mostar, what is dominant is Old Bridge in this city. Rebuilt 16th-century Ottoman bridge in the city of Mostar in Bosnia and Herzegovina that crosses the river Neretva and connects the two parts of the city.Old Bridge diving is a traditional annual competition in diving organized every year in mid summer (end of July). The historic town of Mostar, spanning a deep valley of the Neretva River, developed in the 15th and 16th centuries as an Ottoman frontier town and during the Austro-Hungarian period in the 19th and 20th centuries. Mostar has long been known for its old Turkish houses and Old Bridge, after which it is named. The Old Bridge was recently rebuilt and many of the edifices in the Old Town have been restored or rebuilt with the contribution of an international scientific committee established by UNESCO.

Biscevic House, Turkish House Museum with a courtyard, showcasing furnishings such as rugs, silver and ceramics. This hoes was built in 17th century in Ottomman time.

Mostar has architecturally noteworthy buildings in a wide range of styles. Historicist architectural styles reflected cosmopolitan interest and exposure to foreign aesthetic trends and were artfully merged with indigenous styles. Examples include the Italianate Franciscan church, the Ottoman Muslibegovića house, the Dalmatian Corovic House and an Orthodox church which was built as gift from the Sultan.The Ottomans used monumental architecture to affirm, extend and consolidate their colonial holdings. Administrators and bureaucrats – many of them indigenous people who converted from Christianity to Islam – founded mosque complexes that generally included Koranic schools, soup kitchens or markets.

These are just a few of amenities of this beautiful city. Mostar is worth visiting. 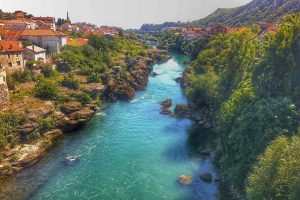 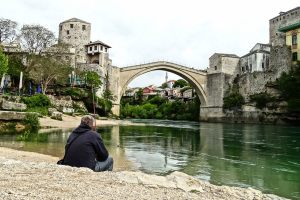 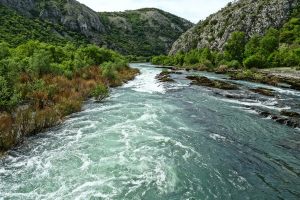 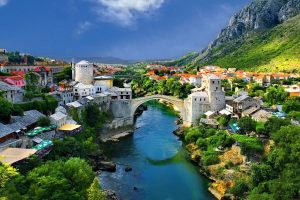 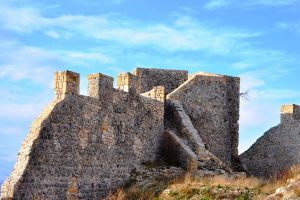 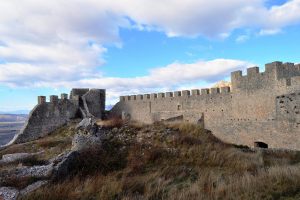 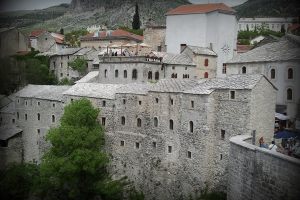 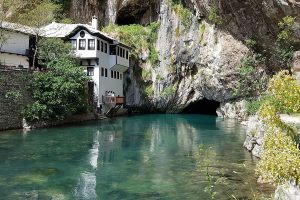 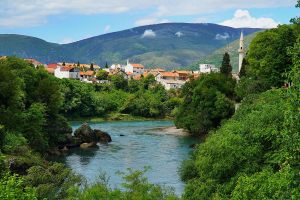 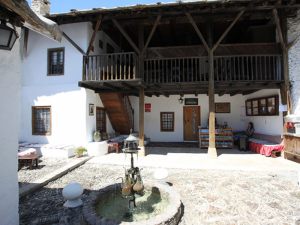 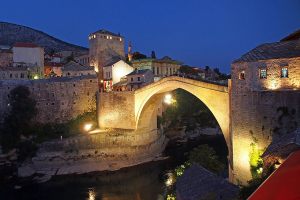 Inhabited by 105,797 people, it is the most important city in the Herzegovina region, serving as its cultural and economic capital.

Bosnia and Herzegovina, a heart shaped land, has a lot to offer when It comes to tourism. Spacious mountain views, emerald green lakes, beautiful landscape and picturesque towns. West and the East meet here, so you will learn a lot about cultures, traditions and people. Share what you have learned with your friends at Encijan’s campfire. When It comes to the tours that we organize, here are some destinations that we recommend you to visit