After accepting the guests at the agreed location, such as our agency Encijan in the city Foca or our camp in the very heart of the Tara canyon in the morning hours (recommended time between 9h-10h), the next is a transport to the destination.

Our first station is Old town. Old town ‘Kastel’ was initially triangle-shaped and it became rounded over time. Its final shape, with all towers, canals and ramparts, was formed in the first four decades of 18thcentury. In Trebinje Kastelare the Museum of Herzegovina and the Osman Pasha Mosque, which was rebuilt after the last war, a large number of cafes and craft shops, attract the attention of tourists from Anđelka’s gate from the TV series Zdravko Šotra “Wounded Eagle”.

As we mention, Trebinje is the city of wine, and to come in this city and not to visit one wineries, well it is impossible. Andelic takes the cake and this winery has quality and value, Andelic takes the cake. You can try a lot of different wines, receive a tour of the cellars, and snack on homemade cheese and prosciutto. The winery is a family-run business and for the best tasting experience I recommend requesting Milena as your sommelier..Andelic also bottles, corks, and labels their wines by hand which you have never seen in a winery before. It’s a very unique.

On Crkvina hill above Trebinje is Hercegovačka Gračanica, very famous for its beauty and an endowment of Branko Tupanjac, founder and executor of Dučić’s will. By Ducic’s wish, the poet’s remains are buried in this church. In Mrkonjići, in Popovo polje near Trebinje, there is a newly built temple built on the foundations of the birth house of St. Basil of Ostrog and Tvrdoš, a saint and a performer of miracles. The complex is open to any visitor brave enough to take on the steep incline leading to its entrance.This is worth to visit and for sure we are going to visit.

We are going to visit some of ethno restaurant with a varied selection of dishes that will satisfy even the most demanding guests who are eager to taste the traditional dishes of the region.

We are located at a starting point for rafting, place is called Brštanovica.
GPS coordinates of the camp: Latitude: 43.321849 | Longitude: 18.960388
Tourists should come to Šćepan Polje, that is the official B&H – MNE border crossing.We own a parking lot, you can leave your car or RV there, It will be safe. We will pick you up at Šćepan Polje and transport you to our camp. If you are in Foča, you can come to our agency, located in Krajiška 2. Agency is located in the city center, in a passage below the Mozzart restaurant.
You can pay with cash upon your arrival to our camp, that will not be a problem. Many passengers, backpackers and wanderers use this option because It is much easier.
Depends, in May, water level is very high, so you will have to come prepared, physically. In June and July, water levels are medium, so you don’t have to worry, It will not be hard, you can even bring kids. August and September- water level is low, perfect for family rafting.
You do not need to have previous experience, our skippers will brief you on everything that you need to know.
Basically, like in every other adventure, it is a bit dangerous, but we take all precautionary measures and focus on your security. So do not worry too much and enjoy your vacation.
You will be on a boat with other tourists. When the number of passengers reaches eight, we will assign a skipper and you are ready to go.
You are ALLOWED to use your own GoPro and other cameras. You will not be charged, there are no fees.
from €70,00 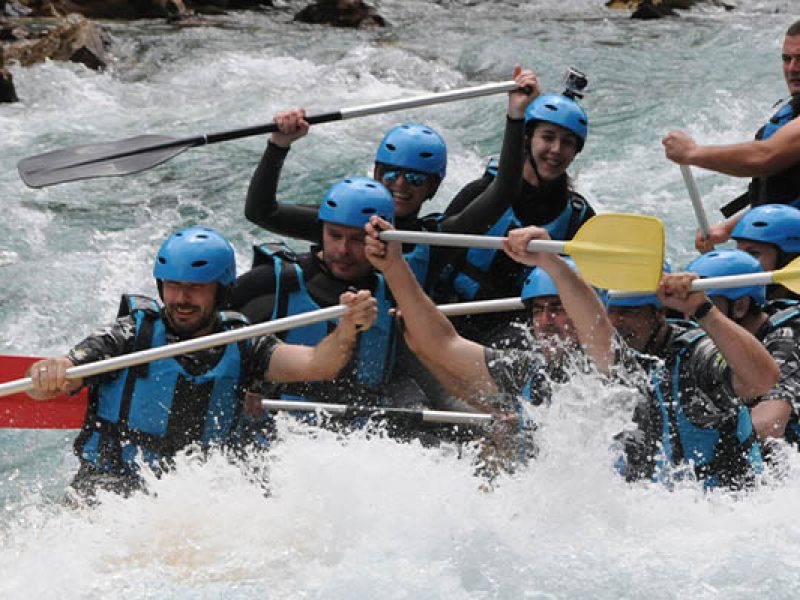 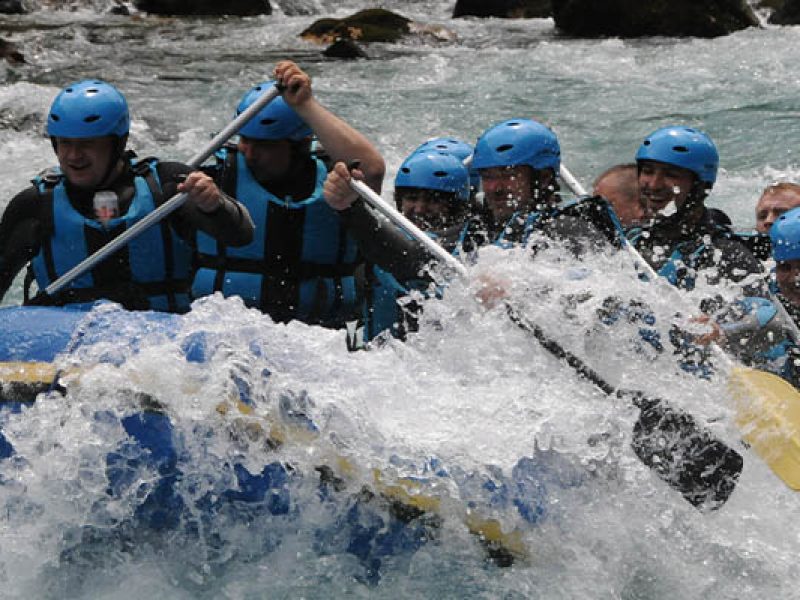 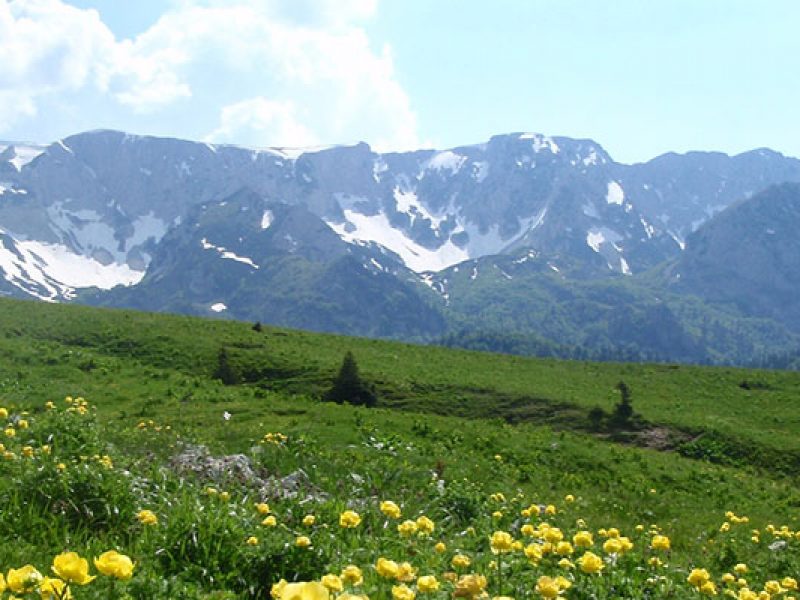 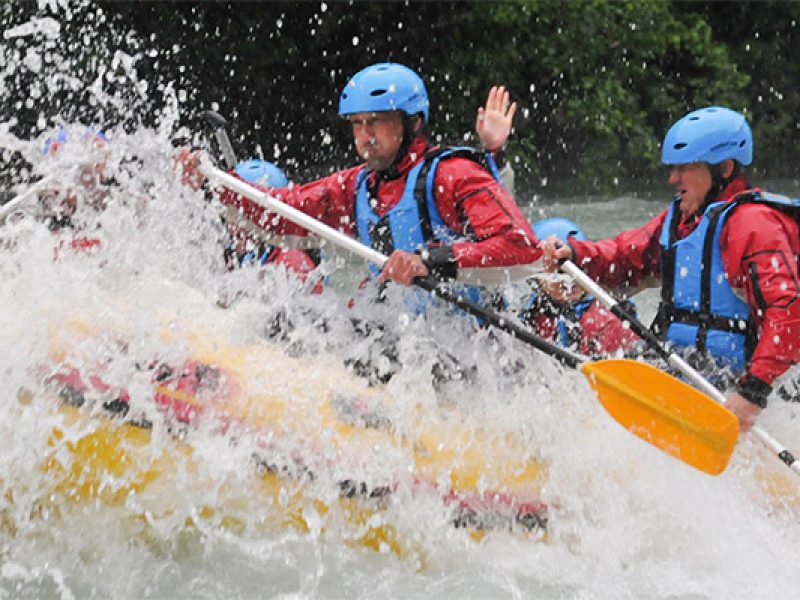